The Inner City Shakespeare Ensemble (ICSE) brings at-risk students into the world of theatre, using Shakespeare’s ageless language and eloquent dramatic insight into people and events. Founded in 2010, this innovative and unique program has brought together hundreds of diverse students from South Central Los Angeles: one of the nation’s most economically challenged areas. Barriers of ethnicities are erased as our Ensemble explores the 17th Century world of the Bard, resulting in a life-changing impact that can be measured far beyond the scope of production and theatrical performance. Under Artistic Director, Dr. Melanie Andrews, with mentors and industry professionals, hundreds of talented young people joyfully discover their special talents and perform with style before audiences reaching more than 5000 people. In a community blighted by violence, through ICSE, lives are changed, gang ties are cut.  More than 85% of the student performers are in college, carrying their accomplishment far beyond the 4th wall of the theatre into a lasting impact for the future. 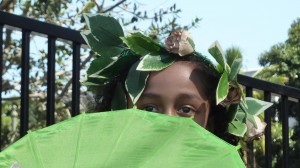 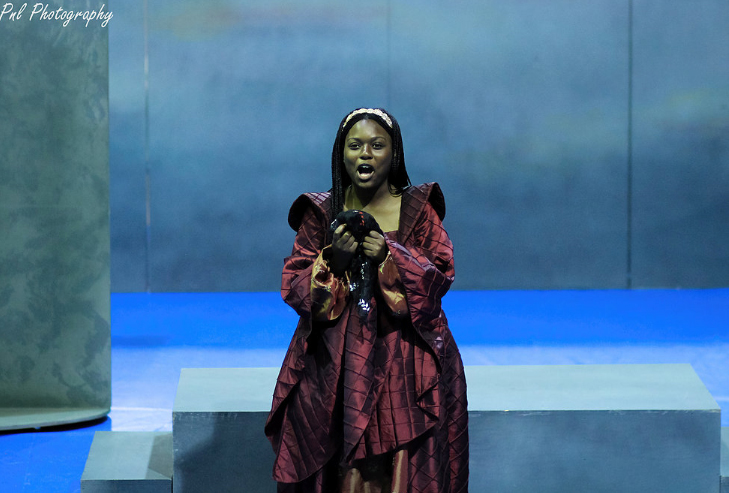 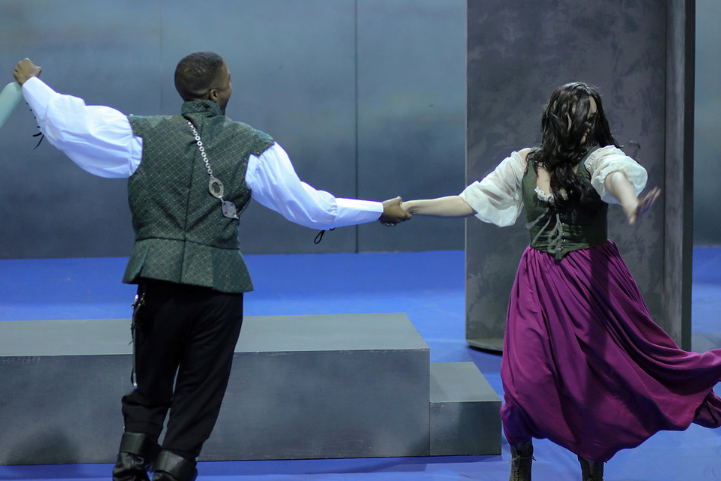 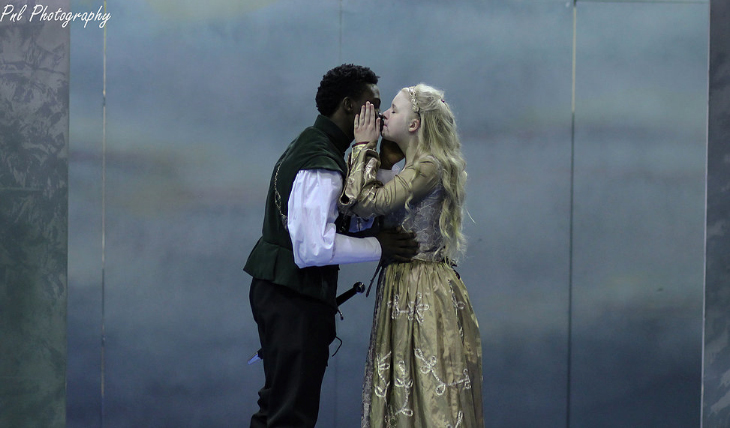 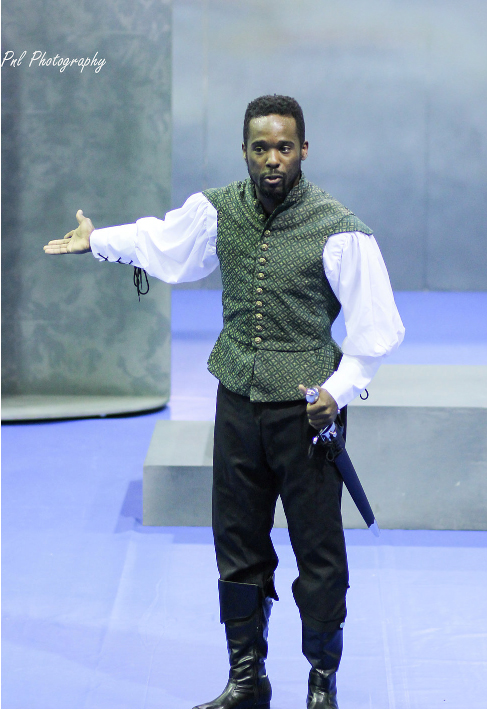 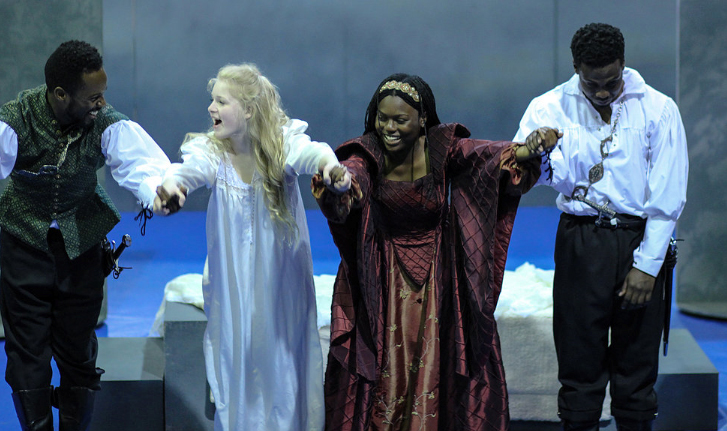 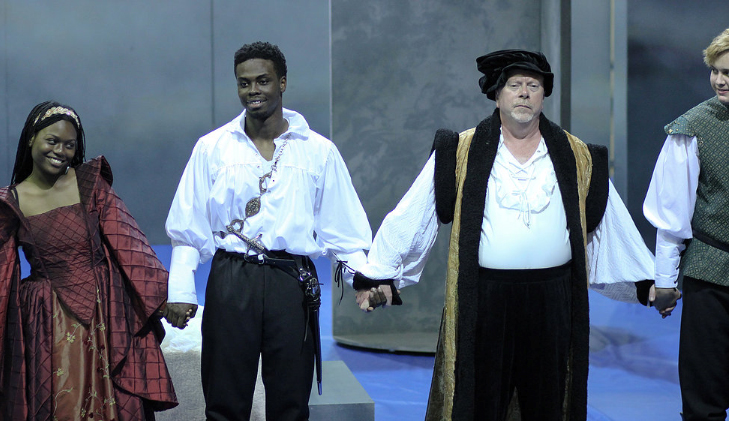 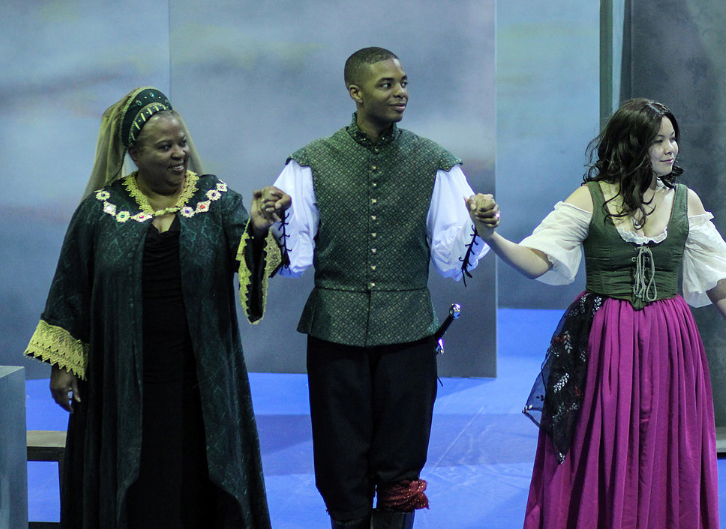 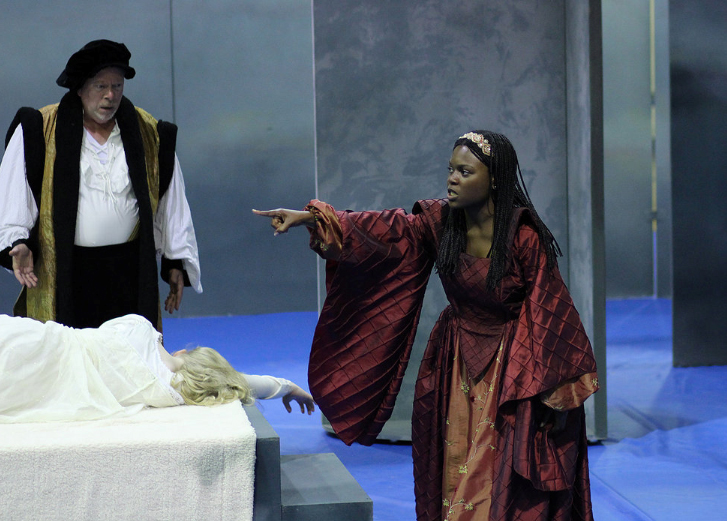 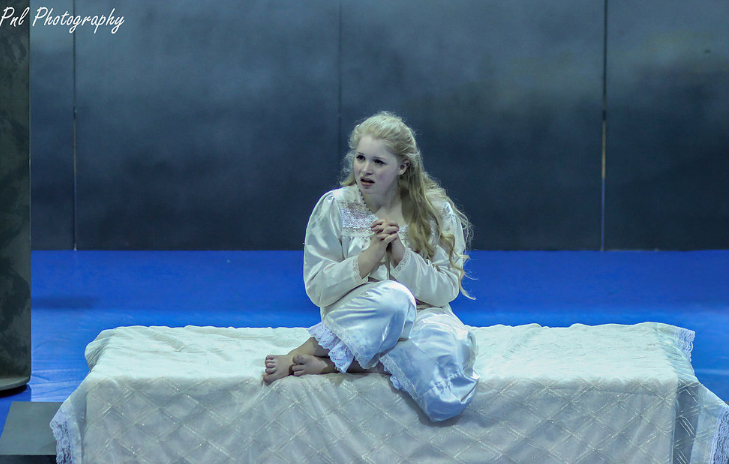 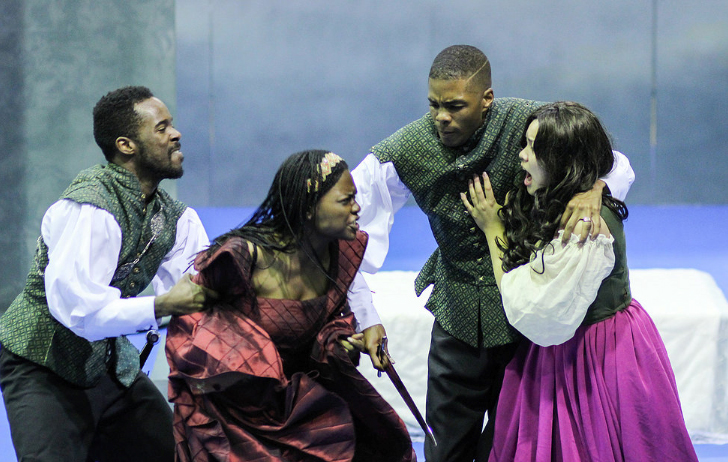 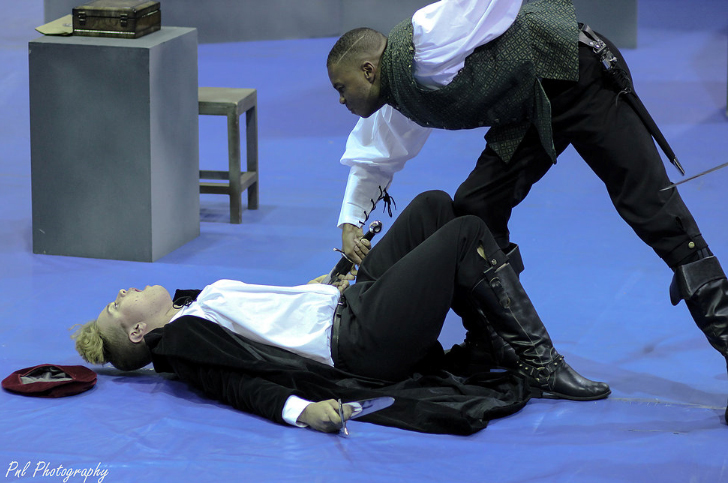 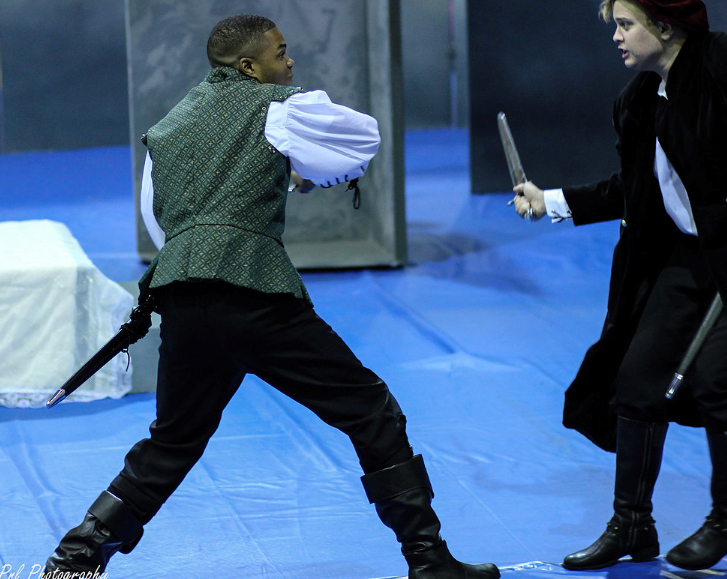 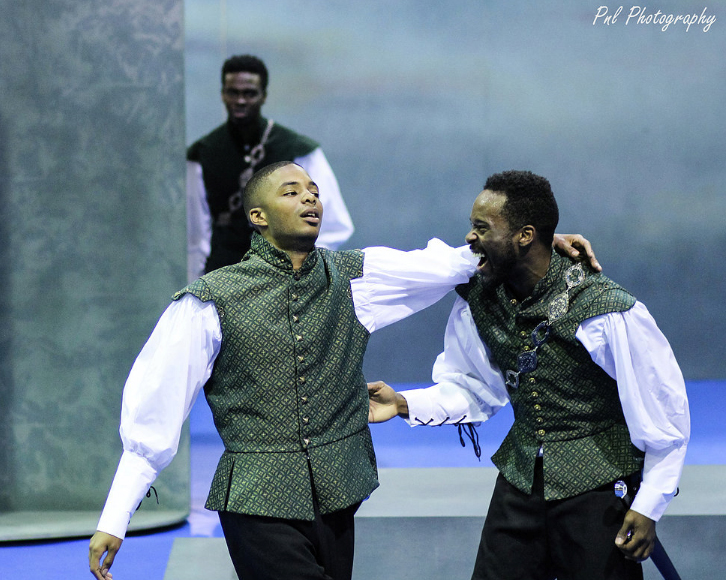 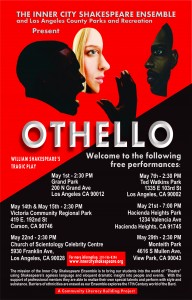 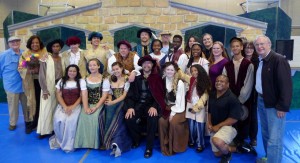 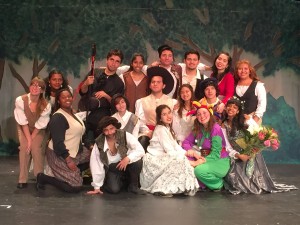 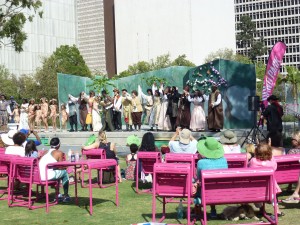 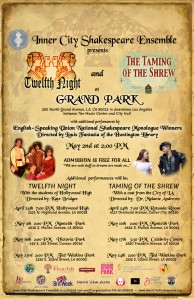 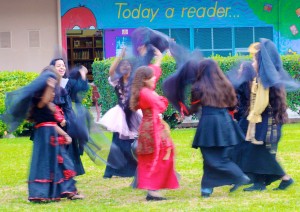 This year we are expanding the number of productions which will be enable us to engage even more students from the entire city.  We are seeking financial contributions as well as volunteers and mentors for our programs.  By supporting ICSE you can sustain this program to change young lives and breathe renewed life into Shakespeare’s legacy.

Over the past four years, The Inner City Shakespeare Ensemble has engaged students in the appreciation of the wit and wisdom of “The Bard”, enriching their lives  with productions at George Washington Prep High School  of Romeo and Juliet and A Midsummer Night’s Dream.  In 2013 gifted students from George Washington Prep High School & Los Angeles High School presented Twelfth Night,   Our 2013 season culminated in a joint production with both schools  at the FigAt7th Festival on July 27th, sponsored by Arts Brookfield. In the Spring of 2014, in celebration of William Shakespeare’s 450th birthday, The Inner City Shakespeare Ensemble in partnership with, LA County Parks and Recreation and the LAUSD presented a production of A Midsummer Night’s Dream under the direction of Artistic Director Dr. Melanie Andrews. Our Shakespeare Family birthday celebration included free performances at Ladera, Monteith, Athens, Grand Parks as well as wonderful participation in a few BritWeek Events! 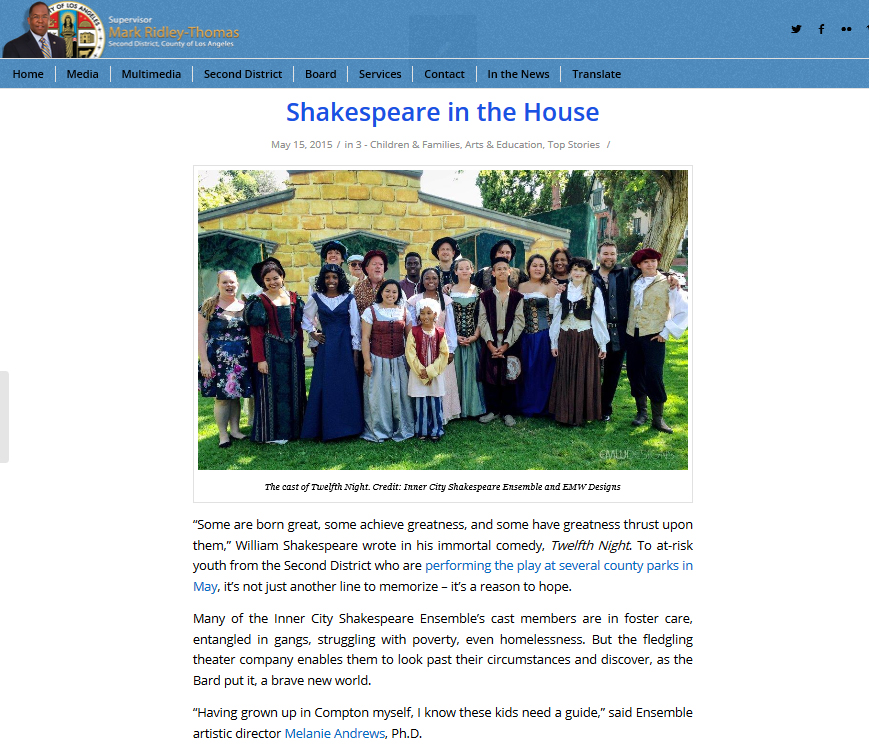 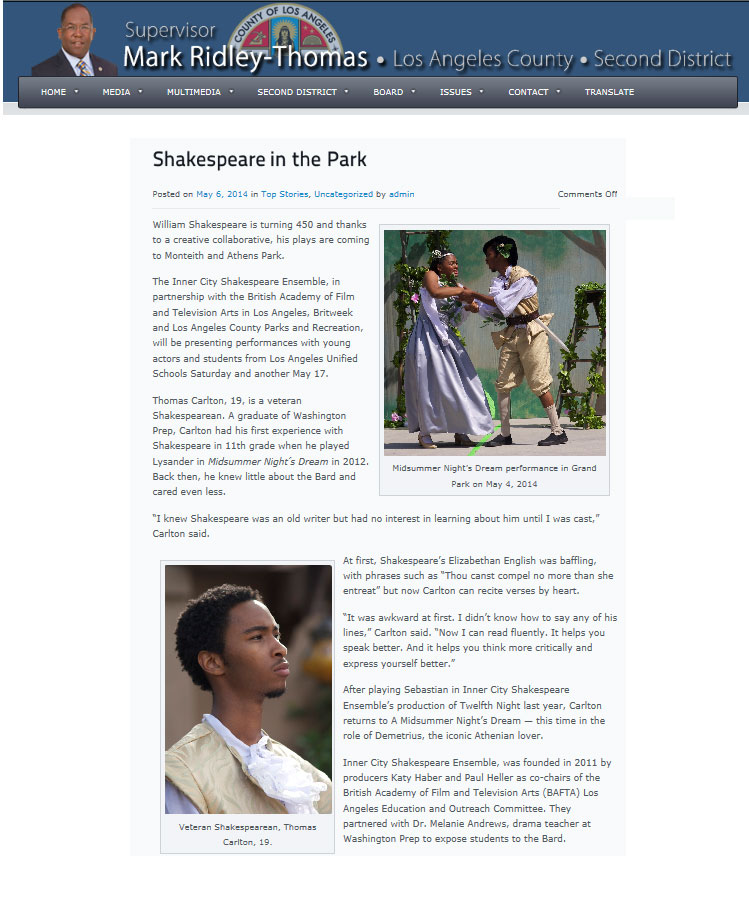