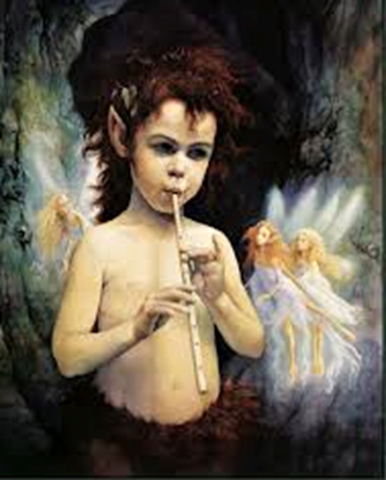 “What, a play toward! I’ll be an auditor;
An actor too perhaps, if I see cause.”

My Thoughts
On Theater and Education

Standing behind the curtain, I could hear the sounds of the audience coming in.  Friends, family, random strangers, all the people who had taken the time to come out to support our school play, The Lion, The Witch and The Wardrobe.  I was in second grade and this was my first time on stage in a real production.  I was playing Animal Number 2 (a fruit bat) and I was wearing a costume I had drawn and designed myself.  Around me were all my fellow actors, kids I hadn’t known before I started doing this play – but now we were a team.  We were all in this together.  That night, I changed from being a shy kid who never spoke up and felt pretty much invisible most of the time, to a boy who was confident in himself and in his world.  That was also the night I began to understand how much theater has to offer, not just to me but to all kids.  Through drama we learn how to connect to ourselves and to each other.  Theater Arts teaches us how to go after what we want.  It also teaches teamwork and ways to understand people who at first seem very different from us.  Finally (and this should make all you teachers and parents very happy) theater actually makes you smarter!  For all these reasons, I believe that Theater Arts should be a part of all kids’ educations.

One of the most valuable things theater teaches is communication.  This isn’t just important for school, it’s also an important life skill.  Us kids do this a lot through Facebook, Texting and Twitter, but what we lose track of sometimes is how to talk to each other and express our ideas face to face.  Theater Arts builds this skill and gives us more confidence to express ourselves, explore our feelings, and take risks on stage.  In acting we always have to be aware of who we are in a scene, what our relationships are to the characters around us, and how we can make the audience understand all that – in other words, communicating.  Because drama is performed for an audience, it also trains us to be less scared about speaking in public and also how to be more convincing.

Theater Arts also teaches us how to go after what we want in life.  In a scene you always have to think about your objectives.  What do you want?  What do you need?  How are you going to get it?  You have to have a strong sense of your objectives to make your acting strong.  Thinking about our characters’ objectives also helps us learn to think about our goals in real life and the different ways we might go after them.

Some people might think that Theater Arts is all “Me, me, me, me, me, me, me”. But actually that’s totally wrong.  Any play is only as good as the entire team that is putting it up – actors, director, producer, set designer, costume designer, lighting designer, music director, make-up artist – the list goes on and on.  Each one of those people need to think about their relationship with all the other people in the show and how they can all support each other to make the best play possible.  For example, one day I had pink eye, and I was acting in a play that was opening that Friday. Since I had pink eye I couldn’t go to rehearsal because that could make everyone else sick which would not be good at all.  But I couldn’t just sit around and feel sorry for myself.  Everyone in the play was counting on me, so I had to find a way to get better, keep practicing and stay on top of what was happening at rehearsals when I wasn’t there so we could still have an awesome opening night.  Think of it like a table, if you take away one leg, suddenly the whole table falls.  It’s the same with a play, everyone involved needs to support each other or the play will fail. It takes time for a play to be perfect but everyone has to contribute so it can get there.  This ability to work together not only helps us on stage but also in life.

Theater Arts doesn’t just teach kids how to work together as a team, it also teaches us how to understand people who might at first seem very different from us.  Acting is all about putting yourself in someone else’s shoes.  But to do that well, you have to find something that is similar between yourself and whatever character you are playing – even if that character is a crazy, six-eyed space alien.  You must see things the way your character sees them and feel things how your character would feel.  This does not mean that you need to agree with your character, but you do need to understand him or her.  Being able to understand the way people think and why they do the things they do doesn’t just help you be a better actor, it also helps you have a better understanding of all the different kinds of people around you.

But maybe the best news about theatre arts for schools is that it actually makes you smarter!  It’s one thing to read Shakespeare’s Midsummer Night’s Dream, but memorizing and speaking Puck’s lines and preparing to perform this role in the play has made my understanding go so much deeper.   And I know now I will remember this play for much longer than I would remember it if I just read it in a class.  Maybe even forever.  And there has actually even been research that shows that the arts can actually change your brain to be smarter!

There is an old Chinese proverb that says:  “Tell me and I will forget. Show me and I will remember.  Involve me and I will understand.”  Theater is all about being involved.  And isn’t that what parents and educators want for their children?  Through theater, I have become a stronger speaker, a more sympathetic and understanding person, a better team player, and a smarter student, which is why I believe with all my heart, that Theater Arts should be a part of all kids’ education.